The UESPWiki – Your source for The Elder Scrolls since 1995
< Online: Places: Unzoned / Elven Ruins / Quest Hubs
Jump to: navigation, search

Though claimed at times by Valenwood, the Gold Coast, and Hammerfell, the island of Stirk is really a no-man's-land. If it belongs to anyone, it's the Pirates of the Abecean Sea, who use Stirk's Ayleid ruins as arenas for settling disputes through trial by combat. 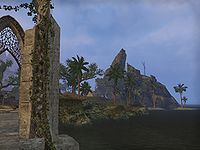 Stirk is an island off the west coast of Cyrodiil. It is considered neutral territory.

You will visit the island during the related quests at the conclusion of your alliance storyline in order to access Coldharbour. The island has no wayshrine or map marker, and it is not possible to return following the end of the quest.

* This NPC does not appear until a specific point in the quest. 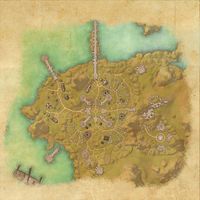 This Online-related article is a stub. You can help by expanding it.
Retrieved from "https://en.uesp.net/w/index.php?title=Online:Stirk&oldid=2086899"
Categories:
Hidden categories: