The UESPWiki – Your source for The Elder Scrolls since 1995
< Online: Places: Western Skyrim / Ruins / Trials
Jump to: navigation, search

While many Nords attribute the founding of Kyne's Aegis to Fuldimar Hookhand in 1E 244, Dragon Cult ruins tell a far older—and darker—story.

Kyne's Aegis is an island bastion in the Sea of Ghosts. It is located on an island north of Solitude. Its original purpose was to be a bulwark against northern invasions which approached the coast via the easiest channel. Thane Ogvar was given ownership over the fort and over time, it morphed into a northern fishing village in addition to a fort. The island's gold veins have led to the Thane establishing a mining operation. Until recently, the fort has remained peaceful with only the occasional northern squall cropping up to cause concern. The transformation of the island to a fishing and mining spot has led to the slow decline of the fort.

A short time ago, tremendously large longships appeared to the north. Before a proper defense could be mustered, these ships crashed into the island, disgorging Sea Giants and Half-Giants onto the island, led by a powerful Vampire lord. These creatures of myth quickly overwhelmed the northern island and have begun the assault of the fort proper.

With the island threatened, the Thane has sent for assistance from anyone that can reach the island.

A copy of Convergence of Maestros, Volume 2 can be found near the boat that takes you to the trial.

This is the first area, and Thane Ogvar's safe haven. You'll land at the docks here when you travel by way of boat from the northern coast, or by using the wayshrine.

This is the first area with enemies.

Balgvir's Siege Journal lies upon a crate in front of the door leading to the hill that rises towards the boss room. A Half-Giant Storm Caller blocks the way between you and the first boss. The door to the next area cannot be opened until this enemy and its cronies are defeated.

This is the third area, leading up the mountain. Yandir the Butcher and his Sea Adder can be found here.

The corpses of dead miners litter the ground here, being eaten by Harrowfiends.

Bottom of the ruins

The ancient Nordic ruins at the northern portion of the island.

There are two achievements associated with this trial. 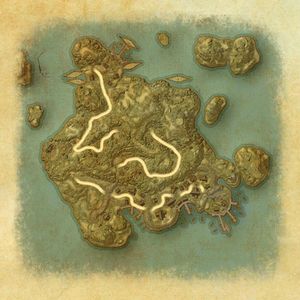 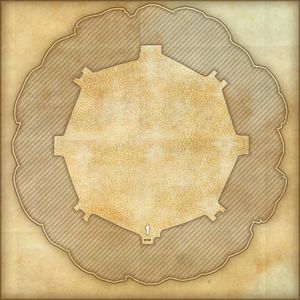 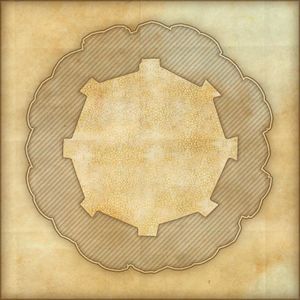 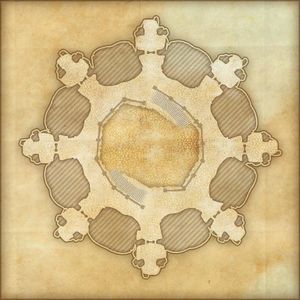