The UESPWiki – Your source for The Elder Scrolls since 1995
< Online: Places: Rivenspire / Outlaws Refuges
Jump to: navigation, search

It's said that, after King Ranser was defeated and slain, many families of his supporters, such as the Brancks and the Marcotts, went underground and took to criminal pursuits. 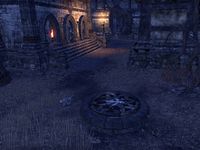 Shornhelm Outlaws Refuge is an outlaws refuge found beneath Shornhelm. 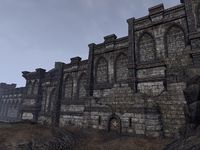 Second entrance outside the city

The hideout can be reached through the sewers manhole located behind the Shornhelm Smithy in the Lower City. Another entrance can be found behind the northeastern city wall. 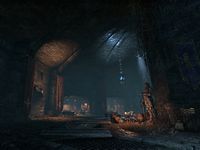 A letter addressed to High King Emeric lies on a crate in the main chamber. Another letter, Letter to Finia Marcott‎, can be found in Finia's booth.

It's said that many of the refuge dwellers were from noble families who supported King Ranser, and who went underground and took to criminal pursuits after his defeat. 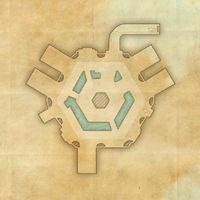 A map of Shornhelm Outlaws Refuge

This Online-related article is a stub. You can help by expanding it.
Retrieved from "https://en.uesp.net/w/index.php?title=Online:Shornhelm_Outlaws_Refuge&oldid=2094253"
Categories:
Hidden categories: